About the Office of the City Clerk

For information on visiting or contacting the Office of the City Clerk, please use our Hours and Locations page.

For questions regarding City Stickers, Residential Parking Permits, Dog Registration or any other prodcuts sold by the Office of the City Clerk, please contact ezbuy@cityofchicago.org.

For all other inquiries, please email CityClerk@CityofChicago.org.

About the Office of the City Clerk 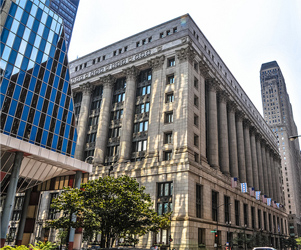 In Chicago, the City Clerk is one of only three city-wide elected positions, along with the Mayor and Treasurer.

A city clerk is a public official whose principal duties include keeping records or accounts for the municipality and other duties prescribed by law. The position is central to government transparency because the clerk is responsible for keeping and making official records and legislation accessible to city residents. Clerks also play an important role in the system of checks and balances by offering perspectives, policies, and opinions that are independent from other municipal offices. In some places, these public officials may be known as the "village clerk" or "town clerk." Whatever the name, these are among the oldest public servant positions in American government history.

The Chicago Office of the City Clerk is the most visited office in Chicago government. We provide the following services and functions: